Sue Bradford: "I'm not naive about the police or the courts.  I've been, um through both on many occasions.  And I've been charged with assult, and know what that's about"

From the debate of Section 59 with Craig Smith, Peter Dunne and Sue Bradford.

See this video on YouTube to hear Sue saying this.

The Petition: Should a smack as part of good parental correction be a criminal offence in New Zealand? 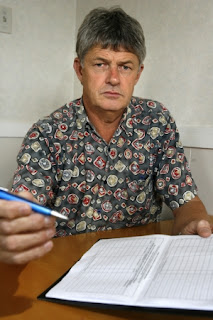 Click here for a copy of the petition that you can download and print out. Please gather some signatures for this petition from your friends, workmates, neighbors, etcetera. Even if you just download the sheet, fill in your own name, and one or two friends/ family members (voting age, over 18), and send it in, that would be fantastic.
Posted by Andy at 10:05 AM No comments:

Part two of her bill reads:

"Nothing in subsection (1) or in any rule of common law justifies the use of force for the purpose of correction."

(Subsection (1) of the bill outlines the cases where force may be used, ie. removing a child from danger, or preventing the child from engaging in offensive behaviour).

However, Sue Bradford has been recently saying...
"My bill doesn't ban smacking" and...
"the intention was never to criminalise parents who occasionally or lightly smack their children."

Helen Clark said in an interview with Bob McCoskrie, before last election,
a ban on smacking would "defy human nature". She also said "This is not a bill which outlaws smacking"

Our Prime Minister's statements do not agree with her vote on the bill however, because it is obvious that if section 59 is repealled, parents will be prosecuted. Maybe not in the first year - or two, but after that they will be.
Posted by Andy at 9:50 AM No comments:

"...It has always been a crime to smack a child, any child.   It's the crime of assault.   For over 110 years, smacking a child could make a parent liable to a term of imprisonment of up to 2 years, and sometimes more.

For more than a century, sending a child to its bedroom is the crime of Kidnapping.  It makes the parent liable to a prison term of 14 years; as does the mere act of holding the child against its wishes to do such necessary tasks as dressing.  Most in Parliament want to change this.

That parents are never charged is because many criminal offences are committed daily by both law abiding and not so law abiding people.  Generally, the police only investigate when they receive a complaint and complaints arise when something seems to offend someone else's sense of appropriate community behaviour.

Having received a complaint, the police then decide whether they should allocate valuable resources to an investigation.  This involves an initial assessment as to whether the complaint involves behaviour seriously breaching community standards.

Once investigated, the Police decide whether the circumstances are such that the matter should go before a Court.    If the police conclude the behaviour is serious enough to warrant a prosecution, they bring the matter to the Court.

If it gets to Court, Judge or a Jury then decide whether the evidence offered by the police is sufficient to warrant a conviction being entered.

The proposals to change the law have no impact on the above stages.   The proposed changes do not "criminalise" parents who smack, because smacking a child has always been the crime of assault.

It is only when a Court decides the evidence offered by the police is sufficient to warrant a conviction being entered does the Court consider the defence made available by s59 of the Crimes Act.  If it feels s59 may apply then, despite the smacking allegation being sufficiently serious to get past all the earlier hurdles, the Court must find the person charged Not Guilty.

Section 59 goes back beyond the 1890s.   The proposals to change s59 bring it up to date.   These proposals allow force - "smacking" - if it is to stop harm to the child or another, stop the child doing something criminal, stop offensive or disruptive behaviour, or the need to smack is part of the normal daily tasks of good parenting.

No decent parent or normal Kiwi, can object to that.    No one will be criminalized by the changes to s59.   These changes reinforce the good parenting of 99% of Kiwi households..."

Stammering out his point of view, Fairbrother says that all smacking is assult, and is already illegal.  Firstly, this means that my parents are criminals.  Secondy, if it is assult, why bother repealing Section 59 ?

The whole thing is just beyond me.  This is surely the definition of idiocy.

This is an Email i recieved today from a friend...

Listening to Leighton Smith this morning, a national mp was on talking about section 59. He pointed out that Labour MPs are being 'whipped' to vote for the repeal. This means they can be expelled from the party if they do not vote with the party. However not all Labour MPs agree with this repeal. Indeed some are actually really against it.

The following MP's he identified as being anti the repeal. I believe we should write to these men and support and encourage them to have courage and vote with their conscience. Please share this information with anyone you think who would be keen to write to these men.

Pita Sharples - "It's what we want, not what New Zealand wants"

...Maori Party co-leader Pita Sharples acknowledged yesterday the decision of his MPs would not be popular with many people.  "But we're asking New Zealand to be brave - to look at the possibility of a culture where we don't hit our children and that we can actually find an alternative way of bringing up our children."...

It's as clear as daylight what Pita is saying.  Summing up, he's saying: "yes, we realise that the majority of New Zealanders, primarily caring parents, - do not agree with the decision to repeal Section 59.  However, we 70odd MPs in Parliament know better than these parents, and therefore plan to vote against their will, even though, we acknowledge, we have been set in place to represent their will."

What a sickeningly weak-kneed response.  Good old Chester Borrows trys to wack some sense into the Maori MPs yesterday (13March), and they turn round and issue this non-sensical statement?  Don't even get me started on Labour!  Bunch of no-hopers all voting for what Helen Clark wants, - and of course Clark wants it because then the Greens will ally with her at the next election.

New Zealanders, is this democracy?  No, this is one of the first steps on the way to New Zealand becoming a third-world, communist country with an untouchable dictator and their bunch of henchmen (MPs) making all the legislation they want to become law.

"Its the most anti democratic thing that I have seen in NZ politics" - quote.

Please do not fool around with the thousands of functional family homes in New Zealand.
A decision, the vote that you will be making tomorrow is more serious than perhaps you imagine.

As members of my Government, it is your duty to voice and act on the concerns and opinion of myself and my countrymen.

Please consider carefully tonight, tomorrow morning, and as you vote.

Are you on Sue Bradford's side? Are you happy to bull-doze over the vast quantities of public opinion on the subject?

Please vote against the repeal of Section 59!

I have found that ACT is the best party now, and I will be joining Young Act at University - and I will almost certainly be voting for ACT, because they show a bit of common-sense!

Thanks for your time,
and may God Bless you in your important job,

if Section59 is repealed - or replaced...
YOU CAN KISS YOUR CHILDREN GOODBYE.
http://www.familyintegrity.org.nz
http://www.starstuddedsuperstep.com/s59

Summary of Polls over last 2 years

If Section 59 is repealled, will I become a criminal if I smack my child?
Plunket: "...The police will only take action when it goes too far."

Answer the question Plunket.  Will you be a criminal or not?  Police prosection has got nothing to do with it.  There are plenty of criminals out there (house-hold robbery for instance), who have not been caught, but are nonetheless criminals.

Plunket: "...Section 59's repeal is not about criminalising ordinary parents.  It will simply remove a legal defense that is used when parents seriously assult their children..."

Could you remind us again exactly how many times it's been used Plunket?  Maybe seven times - in the history of Section 59.

Plunket: "Children are number one - that's the only statistic worth recording"

Really?  Why is that?  If the child is number one, then are the parents number two and three?  No, the child is part of the family.  No rank needs to be assigned, thankyou.  Good parents are those who care enough to, at times, smack their children to reinforce the serious nature of the rule that has been broken.

Among the list of "things that children respond really well to", as incentives or reasons for doing what they are told, are the following:

- having a good example set for them
- communication about what is right and wrong
- consistent, authoritative discipline
- routine
- clear boundaries and expectations
- time out
- removal of privileges

How are things such as removal of privileges, routine and time-out to be enforced?  What if your child doesn't want his privileges removed?

If smacking is assult, then so is innoculation

Several times throughout the early years of a child's life, it is common practice for him to be brought before a nurse, and have a sharp thing stabbed in his arm.  It hurts like anything, and the child cries.  The child's mother stands by, watching, and then comforts the child once the process is completed.

This is called innoculation.  The child will be unhappy about this.  The reason it is done, is because it will help the child in the long-run, making his immune system much stronger, and able to resist dangerous diseases that would otherwise kill him.

Several times (admittedly, a few more) throughout the early year's of a child's life, it is common practice for him to be brought before his father or mother, and experience the sting of a smack on his hand or his bottom.  It hurts, probably not quite as badly as the innoculation, and the child cries.  The child's parents comfort the child, and the ordeal is over.
This is called smacking.  The child will be unhappy about this.  However, the reason that it is done is that it will help the child in the long run.  It will part of the parenting process that will help to make his heart much stronger, able to resist dangerous situations that could otherwise kill him.
What is the difference?  Both processes involve pain on the child's heart, and empathy on the part of the parent.  One process is for the betterment of health, the other is for the discipline of the child.  If smacking is assult and violence, then so is innoculation.  And we can say that this is Government sanctioned abuse of children by way of violent assult.  This is the language that the repealists are using.